Try Your Hand at TV Tourism in Croatia

Croatia has experienced somewhat of a tourism boom in recent years, thanks in part to the stunning architecture, beautiful weather and delicious food. Holidaymakers have been flocking to the country to explore everywhere from the southern city of Dubrovnik to the northern capital of Zagreb (fun fact, Croatia is the only European country to have a capital city starting with the letter Z).

Something else that’s had a boom over the last few years is the TV show Game of Thrones, which is partially filmed in various locations around Croatia. Many fans of the show have made the journey to Croatia to hang out on the steps of the Sept, visit Blackwater Bay and even hop across the water to the mysterious city of Qarth. In today’s post we’re going to tell you a little bit more about the filming locations you can visit during your holiday, as well as some of our favourite infinity pool properties in Croatia so you can get inspired to book your next break.

Bokar Fortress is the imposing feat of architecture that you’ll spot in the background of numerous scenes filmed in and around King’s Landing. The sprawling fortress is used to portray the entirety of King’s Landing from a distance but it’s open to the public year round, so you can get up close and personal.

Before she took up residence in Meereen’s Great Pyramid, Daenerys overthrew the slavers in a dramatic battle that was filmed at Klis Fortress, which can be found just north of Split. The fortress is just as compelling today as it looked on screen and it’s a popular place for tourists and hikers to take in the area’s natural beauty.

Found down in the old town area of Dubrovnik, Pile is one of the most attractive spots in the city and arguably the best place to feel immersed in the world of Game of Thrones. It serves as the filming location for Blackwater Bay, so you’ll be able to spot it in numerous scenes – including the infamous Battle of Blackwater Bay.

Lokrum Island, located just 600m off of the coast of Croatia, is the filming location for the city of Qarth, which we see Daenerys navigate early on in the show. It’s the site of much mystery but the real life history of Lokrum Island is just as interesting – maybe more so. The island’s history dates back to the 11th century and it’s said that Richard the Lionheart took shelter there after a disastrous shipwreck claimed his vessel and most of his crew.

Dating back to the 15th century, Trsteno Arboretum is one of the oldest in the world and an absolute must-visit when you’re in Croatia. Located just a short journey from both Dubrovnik and Dalmatia, these stunning gardens are the location of the Red Keep’s palace gardens, where Lady Olenna spent numerous scenes counselling Sansa, scheming with Varys and lamenting the boring pace of life in the capital.

This gorgeous resort can be found on the edge of Lapad Bay with an incredible view of Dubrovnik’s famous orange roofs. Though the hustle and bustle of Croatia’s capital isn’t far away, Hotel Uvala is a peaceful paradise and guests can enjoy everything from an outdoor infinity pool to a glass solarium.

Located just outside Groznjan, known as Croatia’s ‘town of artists’, Villa Principe is the place to visit if you want to soak up some of the country’s culture. Part of this private property is a 150 year old stone house, where you’ll find an open fireplace that allows you to prepare delicious local food right there on your outdoor deck, which is also home to the villa’s huge, glistening infinity pool. 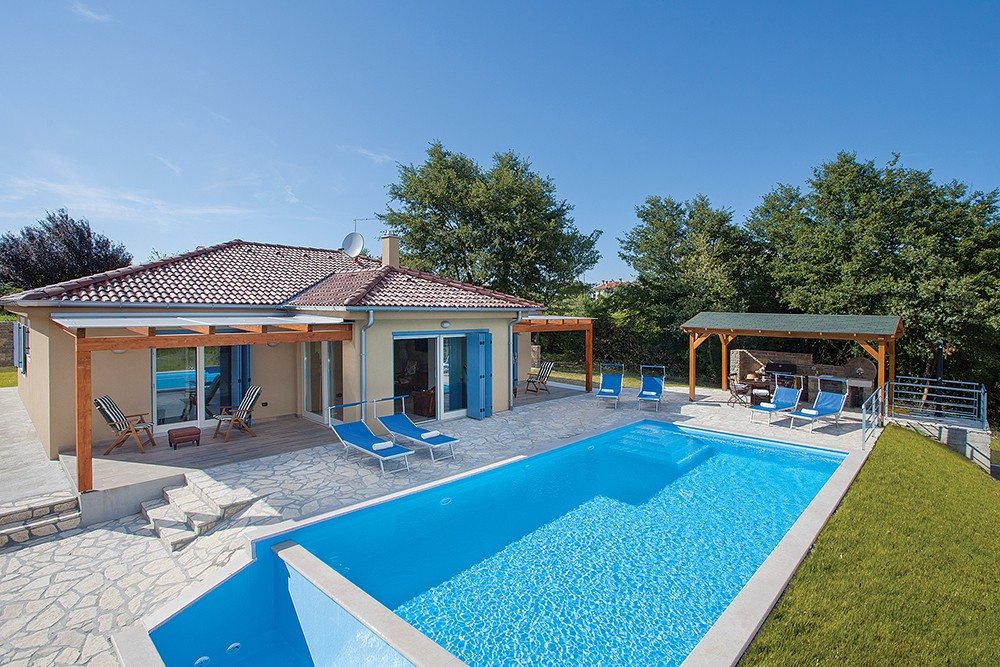 The perfect place for those who want to relax and soak up the sun in beautiful surroundings, Drevnik Mali is a private villa located on a tiny island just off of the Dalmatian Coast. With nothing but sandy beaches and your gorgeous villa for company, you can spend long days swimming in your private infinity pool and reclining on your sunbathing terrace as the sun beats down.

We’ve already shared one property in Dubrovnik but we wanted to finish things off by telling you about another beautiful hotel in the capital that we couldn’t miss out. Villa Dubrovnik is a small boutique hotel that offers guests the choice between rooms, suites and a luxury family villa. Whichever accommodation you choose, you’ll be treated to a gorgeous view across the Adriatic and you might even be lucky enough to see Lokrum Island from your bedroom window. 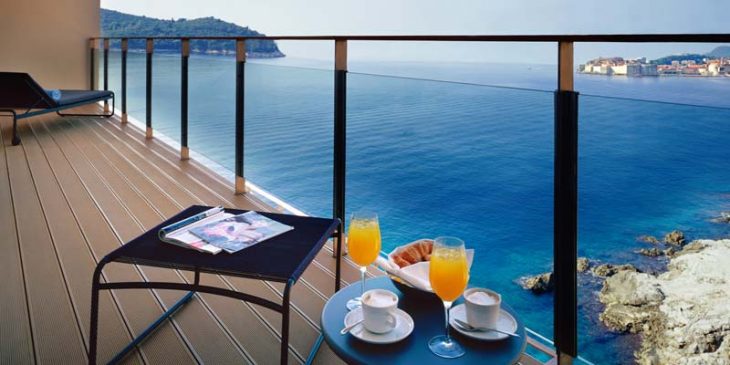