Finally having the time to sit back and relax with a good book is one of the best things about going on holiday. Lots of us save up books throughout the year so we can give them our full attention when we’re on a break, whether that’s sunbathing on a white sandy beach, curled up in a cool villa or, of course, floating around in a beautiful infinity pool.

Rather than bring you a list of standard ‘beach reads’, we thought we’d put a different spin on holiday reads and give you recommendations based on other books. So, to start things off, let’s take a look at one of the most popular novels in recent years: Gillian Flynn’s Gone Girl.

Gone Girl combines memorable characters, stellar writing and an absolutely mind-blowing thriller of a story that keeps twisting and turning so fast your head will spin. Whether you like good old-fashioned murder mysteries, psychological thrillers or fast-paced adventure stories, this list contains plenty of novels that will grab you from page one and never let go. Happy reading!

Bernadette Fox is notorious. To her Microsoft-guru husband, she’s a fearlessly opinionated partner; to fellow private-school mothers in Seattle, she’s a disgrace; to design mavens, she’s a revolutionary architect, and to 15-year-old Bee, she is a best friend and, simply, Mom.

Then Bernadette disappears. It began when Bee aced her report card and claimed her promised reward: a family trip to Antarctica. But Bernadette’s intensifying allergy to Seattle—and people in general—has made her so agoraphobic that a virtual assistant in India now runs her most basic errands. A trip to the end of the earth is problematic.

To find her mother, Bee compiles email messages, official documents, secret correspondence—creating a compulsively readable and touching novel about misplaced genius and a mother and daughter’s role in an absurd world.

The Girl on the Train – Paula Hawkins 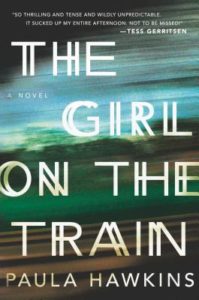 Rachel takes the same commuter train every morning. Every day she rattles down the track, flashes past a stretch of cozy suburban homes, and stops at the signal that allows her to daily watch the same couple breakfasting on their deck. She’s even started to feel like she knows them. “Jess and Jason,” she calls them. Their life—as she sees it—is perfect. Not unlike the life she recently lost.

And then she sees something shocking. It’s only a minute until the train moves on, but it’s enough. Now everything’s changed. Unable to keep it to herself, Rachel offers what she knows to the police, and becomes inextricably entwined in what happens next, as well as in the lives of everyone involved. Has she done more harm than good? 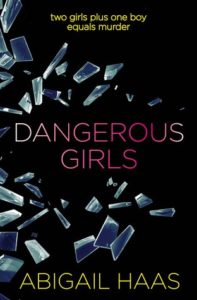 And someone must pay.

Anna, her boyfriend Tate, best friend Elise and a group of close friends set off on a debaucherous Spring Break trip to Aruba. But paradise soon turns into a living nightmare when Elise is brutally murdered.

Soon Anna finds herself trapped in a foreign country and fighting for her freedom. As she awaits the judge’s decree, it becomes clear that everyone is questioning her innocence. To the rest of the world, Anna isn’t just guilty, but dangerous. As the court case unfolds the truth is about to come out, and it’s more shocking than you could ever imagine…

Words are like a road map to reporter Camille Preaker’s troubled past. Fresh from a brief stay at a psych hospital, Camille’s first assignment from the second-rate daily paper where she works brings her reluctantly back to her hometown to cover the murders of two preteen girls.

Since she left town eight years ago, Camille has hardly spoken to her neurotic, hypochondriac mother or to the half-sister she barely knows: a beautiful thirteen-year-old with an eerie grip on the town. Now, installed again in her family’s Victorian mansion, Camille is haunted by the childhood tragedy she has spent her whole life trying to cut from her memory.

As Camille works to uncover the truth about these violent crimes, she finds herself identifying with the young victims—a bit too strongly. Clues keep leading to dead ends, forcing Camille to unravel the psychological puzzle of her own past to get at the story. Dogged by her own demons, Camille will have to confront what happened to her years before if she wants to survive this homecoming.

What Was She Thinking? (Notes on a Scandal) – Zoë Heller

Schoolteacher Barbara Covett has led a solitary life until Sheba Hart, the new art teacher at St. George’s, befriends her. But even as their relationship develops, so too does another: Sheba has begun an illicit affair with an underage male student. When the scandal turns into a media circus, Barbara decides to write an account in her friend’s defence—and ends up revealing not only Sheba’s secrets, but also her own. 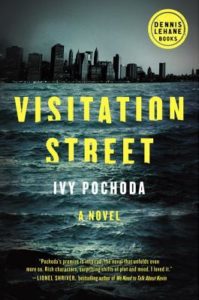 Summer in Red Hook, Brooklyn, a blue collar neighbourhood where hipster gourmet supermarkets push against tired housing projects, and the East River opens into the bay. Bored and listless, fifteen-year-old June and Val are looking for some fun. Forget the boys, the bottles, the coded whistles. Val wants to do something wild and a little crazy: take a raft out onto the bay.

But out on the water, as the bright light of day gives way to darkness, the girls disappear. Only Val will survive, washed ashore semi-conscious in the weeds.

June’s shocking disappearance will reverberate in the lives of a diverse cast of Red Hook residents. Fadi, the Lebanese bodega owner, trolls for information about the crime. Cree, just beginning to pull it together after his father’s murder, unwittingly makes himself the chief suspect although an elusive guardian seems to have other plans for him. As Val emerges from the shadow of her missing friend, her teacher Jonathan, Julliard drop-out and barfly, will be forced to confront a past riddled with tragic sins of omission.

Under Your Skin – Sabine Durrant 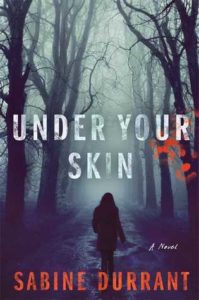 Gaby Mortimer is the woman who has it all. But everything changes when she finds a body on the common near her home. She’s shaken and haunted by the image of the lifeless young woman, and frightened that the killer, still at large, could strike again.

Before long, the police have a lead. The evidence points to a very clear suspect. One Gaby never saw coming . . .

Full of twists and turns, this is a dark and suspenseful psychological thriller that will make you second guess everything. Because you can never be too sure about anything, especially when it comes to murder.

Before I Go to Sleep – S.J. Watson

As I sleep, my mind will erase everything I did today. I will wake up tomorrow as I did this morning. Thinking I’m still a child, thinking I have a whole lifetime of choice ahead of me…

Memories define us. So what if you lost yours every time you went to sleep? Your name, your identity, your past, even the people you love–all forgotten overnight. And the one person you trust may only be telling you half the story.

Having nothing left to lose changes everything.

Todd and Jodie have been together for more than twenty years. They are both aware their world is in crisis, though neither is willing to admit it.

Todd is living a dual existence, while Jodie is living in denial. But she also likes to settle scores. When it becomes clear their affluent Chicago lifestyle could disintegrate at any moment, Jodie knows everything is at stake. It’s only now she will discover just how much she’s truly capable of…

Shocking and compelling in equal measure, The Silent Wife is a chilling portrayal of two people in turmoil and the lengths they will go to in order to protect themselves. 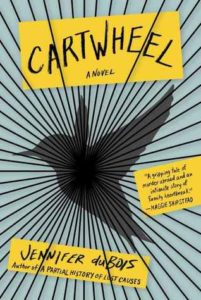 When Lily Hayes arrives in Buenos Aires for her semester abroad, she is enchanted by everything she encounters: the colourful buildings, the street food, the handsome, elusive man next door. Her studious roommate Katy is a bit of a bore, but Lily didn’t come to Argentina to hang out with other Americans.

Five weeks later, Katy is found brutally murdered in their shared home, and Lily is the prime suspect. But who is Lily Hayes? It depends on who’s asking. As the case takes shape—revealing deceptions, secrets, and suspicious DNA—Lily appears alternately sinister and guileless through the eyes of those around her: the media, her family, the man who loves her and the man who seeks her conviction. With mordant wit and keen emotional insight, Cartwheel offers a prismatic investigation of the ways we decide what to see—and to believe—in one another and ourselves.